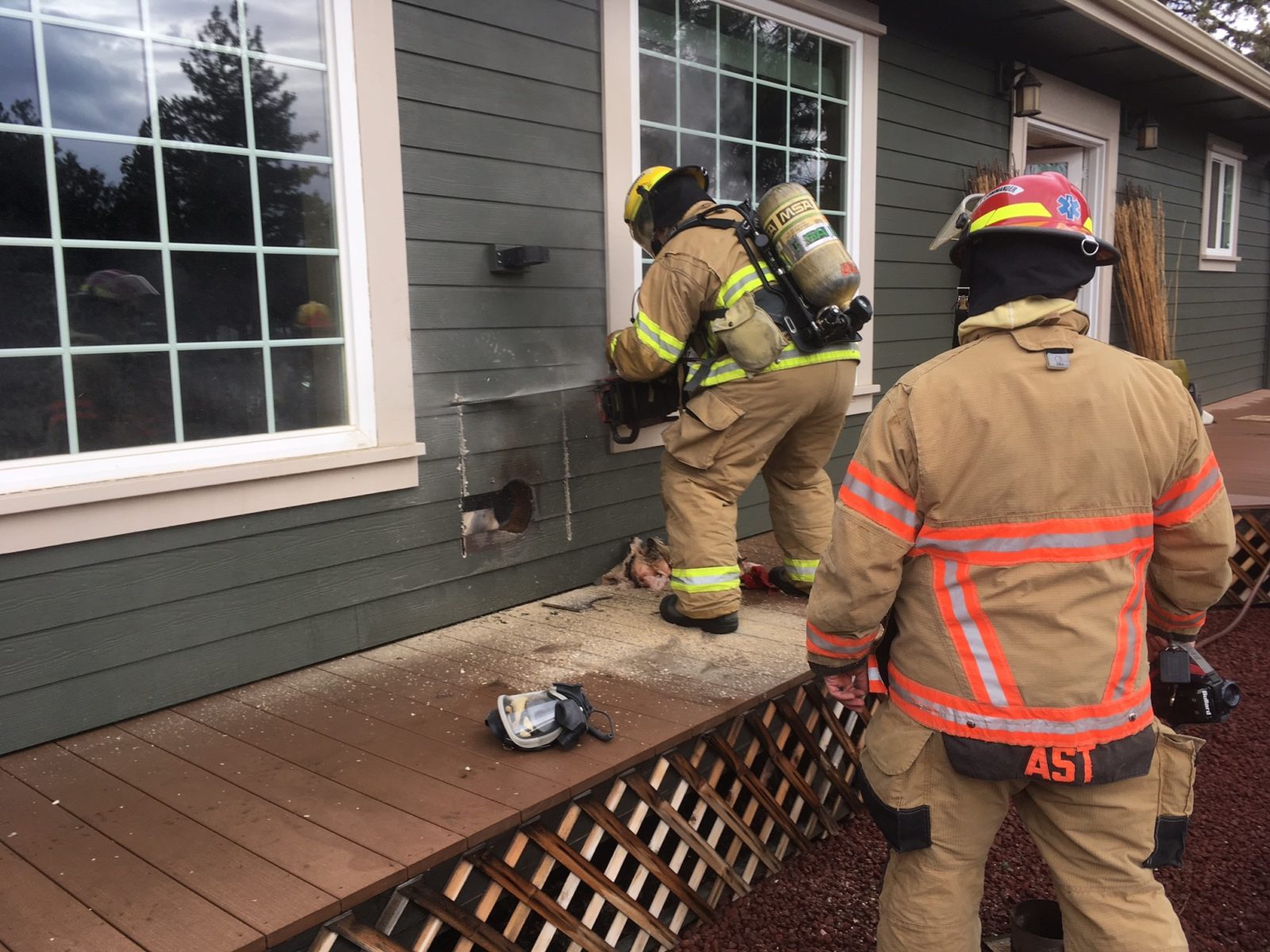 Quick action by homeowners and a rapid response from the Sisters-Camp Sherman Fire District kept a wall fire from extending to the entire home.  Homeowners Chris and John Zandofsky noticed smoke and flames in the wall near a pellet stove and called 911.  The homeowners used a garden hose to slow the progress of the fire while the fire department responded.  When firefighters arrived they found flames and sparks in the wall and used a chainsaw to gain access to the concealed fire.  Fire Chief Roger Johnson said, “We were fortunate someone was home and noticed the fire early”.  Fire damage was limited to 3 foot by 3 foot area where the pellet stove flue passed through the exterior wall of the home.