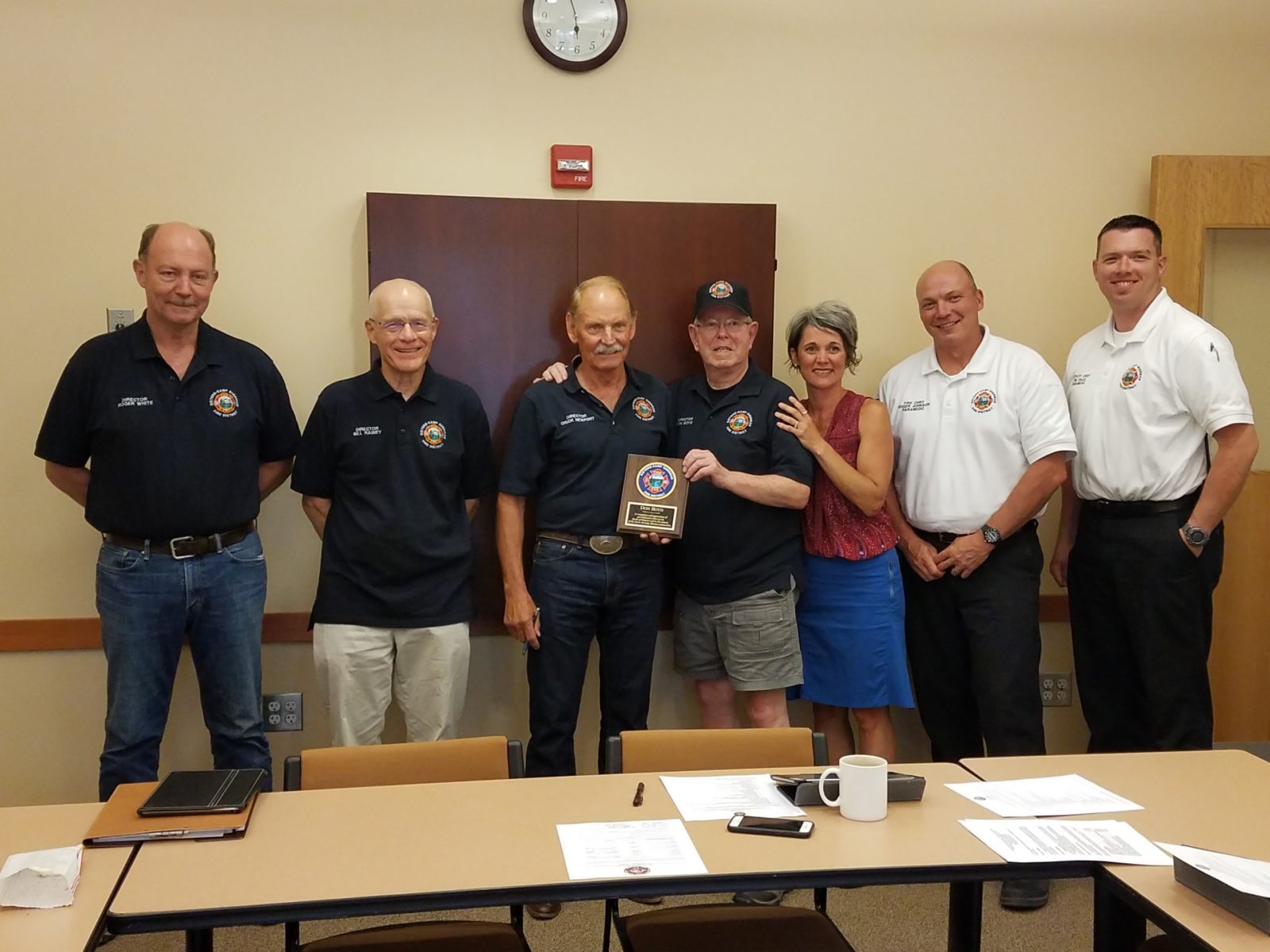 Long-time Director for the Sisters-Camp Sherman Fire District, Don Boyd is retiring from the Board when his term expires at the end of June 2017.

Director Boyd began his service on the Budget Committee for the District in the 90’s where he served several terms for the organization.  In April 2002 Don was appointed to the Board and served off and on until 2005 when he was elected for the position and has served until his retirement at the end of June 2017.

Don has worked with three different Fire Chiefs including: Chief Don Rowe, Chief Taylor Robertson and now Chief Roger Johnson.   As a Director, he oversaw the $2.5 million dollar bond measure go on the ballot for a remodel and new construction of the District’s main fire station and the subsequent completion and move-in as well as many operational and administrative changes during his time on the Board.  Don takes pride in his financial responsibility for the District and has reviewed thousands of checks over the years and has been very active in the budget process including serving on the District’s internal Budget Committee, which is responsible for preparing the budget document for the formal Budget Committee each year.  Director Boyd expressed hope that his successor (and other members of the Board) would participate in the internal Budget process in his absence and be very prudent and wise with the budget.

Director Boyd said “Two key ingredients contribute to our success: Having the ability to attract elite people to fill every position and, we have the very best people. Also, having an adequate budget to help provide the necessary facilities and equipment is important, and, thanks to the good people of Sisters Country, we have what we need.”

Don said, “I feel very blessed to have served with all of you in helping make SCSFD the very best.”

The Board of Directors presented Don with a plaque on behalf of the Board, the members and citizens of the Fire District at their regular meeting on Tuesday, June 20.

Board President Chuck Newport said, “Don Boyd’s 15 years of service to the Sisters-Camp Sherman RFPD and the community of Sisters has been invaluable.  His dedication and attention to detail has helped steer this District to become one of the most recognized small Districts in the State, and a pride of the Sisters community.  The Board and Staff extend a heart-felt thank you to Don and wish him and his wife Joyce the best.”

Director Boyd’s position will be filled by Jack McGowan who was elected to the position in May.