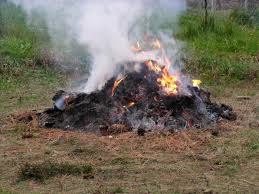 The Central Oregon Fire Chiefs Association (COFCA) is announcing that debris burn season will open at sunrise on October 1st, 2019 for many of the local Central Oregon fire districts. With the recent fall weather and precipitation received in the area, the Fire Chiefs, local fire departments, the US Forest Service, the BLM, and Oregon Department of Forestry (ODF) have agreed that many areas are now safe to enter into burn season.

Even with the opening of the burn season, Central Oregon Fire Chiefs remind residents that they need to call their local fire district to ensure the district is allowing burning at this time, that it is a burn day and to obtain any necessary permits.

“Even though we are entering burn season in many areas, some areas may be too dry for outdoor burning. In districts where burning is open, weather conditions such as high winds or warm fall weather can make outdoor burning unsafe. Checking in with your local fire district is important,” explains Harry Ward, President of COFCA.

“Residents who are in areas where outdoor burning is allowed will still be required to follow local agency regulations and closely monitor their piles to prevent spread to other combustibles,” adds Ward.

The Oregon Department of Forestry’s Central Oregon District will terminate fire season on September 26th, 2019. This will allow the general public on private lands within the district to conduct open burning after fire season is terminated with a valid permit from your local fire district or ODF.

There are several year-round burning bans as well in Central Oregon including the City of Bend, the City of Sisters, and Sunriver. For residents who are uncomfortable burning or are not in areas where outdoor burning is allowed, the fall FireFree events will be available to residents. Watch www.firefree.org for the dates of these events in October and November.